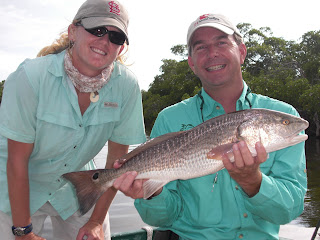 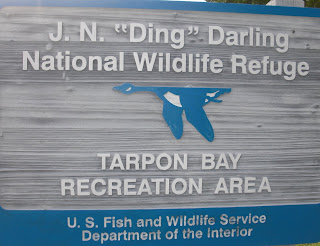 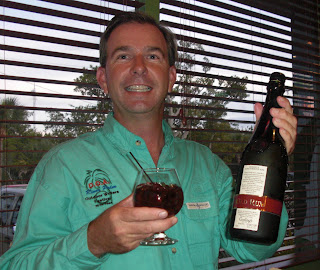 Fishing on Sanibel Island narrowly beat out shelling on the island's world-class beaches, and a visit to the 'Ding' Darling National Wildlife Refuge was in order. Capt. Brianna Coffman guided the outdoor writers to trout, spot-tailed bass (all caught with a live shrimp on a circle hook) and more during a half-day fishing on historic Tarpon Bay! Fantastic birding caught the eye of Lowcountryoutdoors.com - especially the roseate spoonbills. I had the honor of catching both the smallest and largest fish of the day. After fishing we made a pilgrimage to Doc Ford's Rum Bar, which is an homage to the fictional character portrayed in local author Randy Wayne White's Sanibel Flats book series.

To view past blog entries about SEOPA click here. 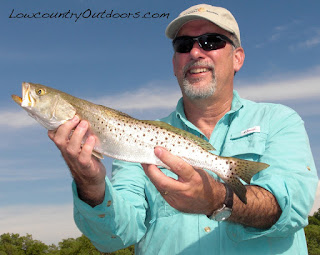 Photos By Jeff Dennis: Butch is an outdoor writer from Louisiana shown here with a speckled trout, My female fishing guide and my 25-inch redfish from Tarpon Bay, 'Ding' Darling was the illustrator that first drafted the blue goose which is now the symbol for the U.S. National Wildlife Refuge system, Doc Ford's had an incredible rum list and I elected to sample the Gosling's 'OLD' (or reserve) rum - it was SMOOOOOTHE!
Posted by Jeff Dennis at 5:07 PM