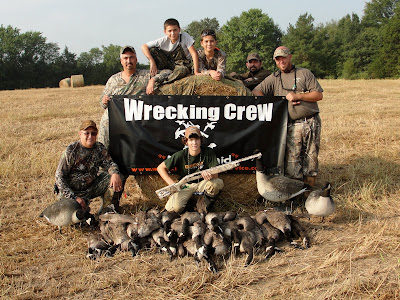 The Wrecking Crew of Lancaster, S.C. looks forward to unpacking their trailer of full-bodied decoys and layout blinds more than most goose hunters during the early goose season in September. Also known as the resident goose season, the September season is meant to thin out the geese that no longer migrate from South Carolina. A good place to find them is around lakes and agriculture fields and the Wrecking Crew's Daryl Hodge is in charge of the off season scouting that can ensure opening day success. Hodge is the Southern Atlantic Flyway Manager for Drake Waterfowl Systems. His son Blake, a teenage sportsman, is the lead goose caller for the Wrecking Crew and lead cheerleader for getting out into the woods and waters of his home territory. For a brief two-minute video from their opening day hunt click here. 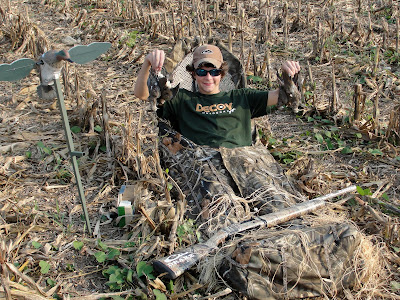 To view past blog entry on the Wrecking Crew click here.