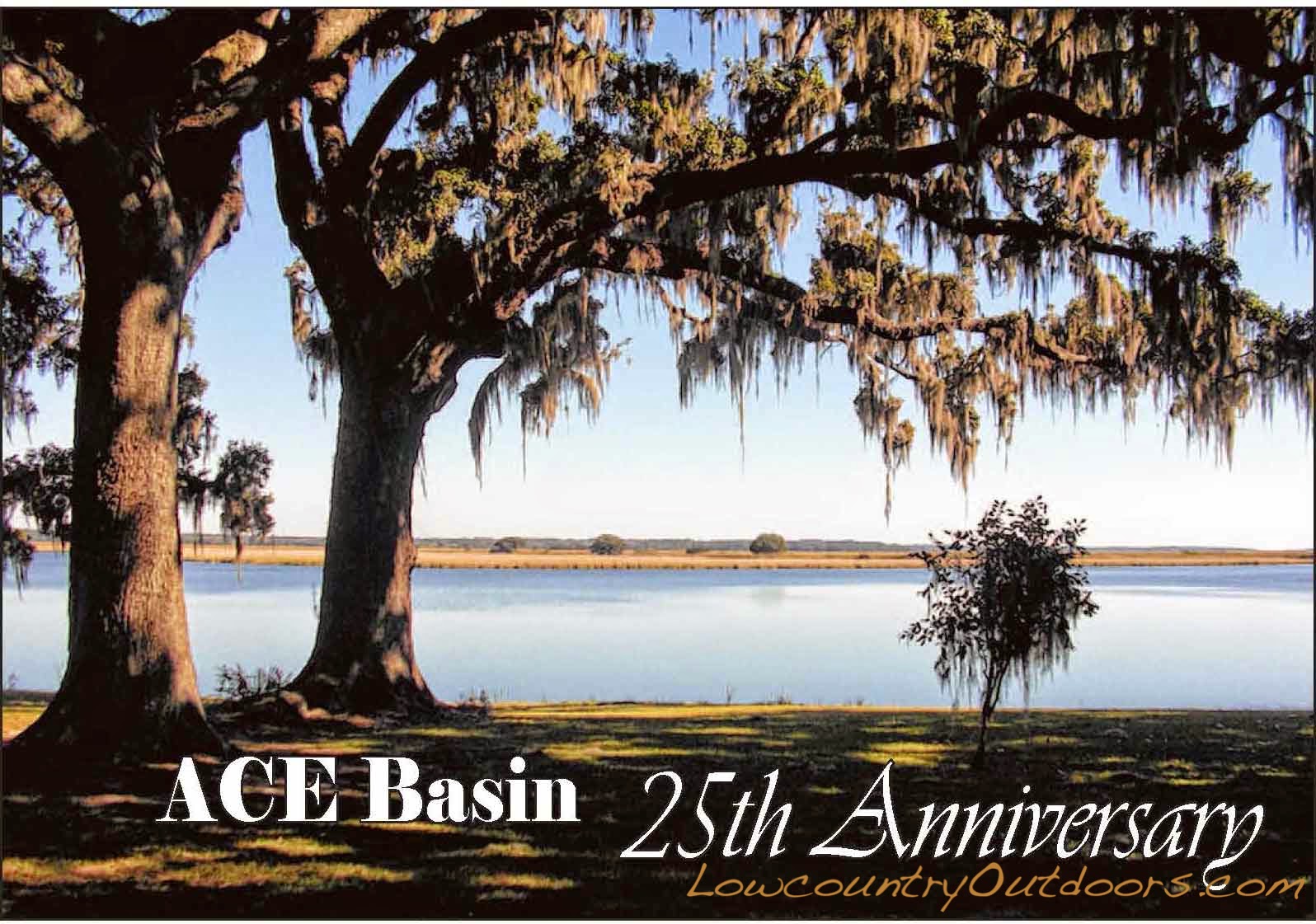 The Lowcountry blends a unique diversity of saltwater marine environs, classic uplands and freshwater rivers filtered by swamps of hardwood bottomland. Wildlife Habitat 101 teaches that having these ecosystems adjacent to each other creates an edge effect where nature can flourish. While the Ashepoo, Combahee and Edisto Rivers have been flowing through the Lowcountry for eons, the formation of the ACE Basin conservation project (see video) helps to raise awareness about why it’s worthy of protection.
It’s always good to mark the passage of time, as in most things only get better over time. The year 1989 saw the Lowcountry devastated by Hurricane Hugo, especially the Francis Marion National Forest just north of Charleston. Vast areas of natural resources were laid flat during that hurricane, and it was just the most recent reminder that coastal S.C. is vulnerable to the fury of Mother Nature’s winds.
Also credited in 1989 is the formation of the ACE Basin, a meeting of the minds among conservationists, landowners and duck hunters. A Chicago businessman named Gaylord Donnelley owned plantation lands along the Ashepoo River below Highway 17 South in Colleton County, and he honored his family’s love for the area by acting to preserve it. By chance, I was recently in Chicago and saw the skyscraper downtown where the Donnelley company is located.

No one man can represent the true group effort that fuels the ACE Basin. Of course, leaders will emerge over time to hold the reigns and instill the charge to continue on a course towards future preservation. It’s a similar story with national conservation groups, state agencies and county leaders. They all have a role to play in forming the tapestry of partners that is being patched together like a grand quilt of conservation.

More than 150 private landowners placed a conservation easement on their properties to limit development in these natural areas. A celebration for the 20th Anniversary of the ACE Basin was held in Nov. 2009 at Willtown Bluff Plantation on the Edisto River. Rainy and cold weather did not dampen the celebration that day since those that love and support the ACE Basin are outdoor enthusiasts, the same types that don’t cancel a day in the field due to poor weather. The 25th Anniversary was held in conjunction with the Friends of Nemours group.

For some, stewardship of Lowcountry lands has been going on for generations. Many families in Colleton County are small private landowners who have acted responsibly for 100 years or more to protect their rural heritage. The success of the ACE Basin conservation project is the involvement of public partners working together to advance the quality of life for both humans and nature. The passage of time is non-negotiable, but protecting an environment for all-time takes a continuous message of education and outreach for those who would listen and lead.

To read the entire article in the newspaper click on Colletonian.

For public hunting in the ACE Basin click on ducks or deer or alligator.