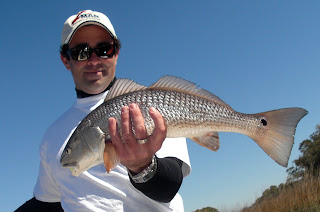 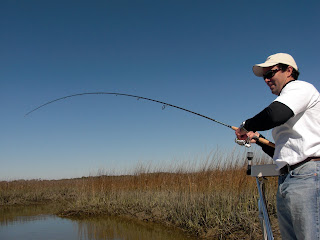 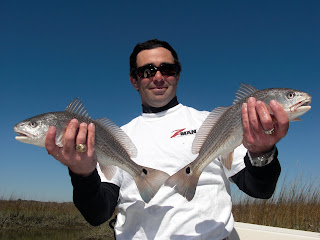 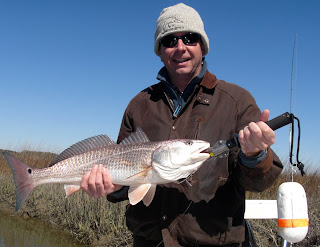 Captain John Ward of Affinity Charters knows where the redfish are, and smart anglers should make plans to charter a spot on the bow of his Maverick Boat and cast to them. Lowcountryoutdoors.com was very fortunate to be in that position on a cold day (temps in the lower 50's) that saw winds gusting from 10 to 20 miles per hour. Ward didn't think that the cold would hold back the redfish, because they have provided lots of action during January and February, so he ventured to the redfish spot despite the weather conditions. Fingers were cold early on as the casting seemed fruitless with the fish developing lockjaw - but as the sun warmed the water small bumps could be felt on the line, and then before you know it - whump - the bite was on. Only an ebbing tide could have made us call it a day... which we did after 'wearing them out.'

For past blog entries on Capt. John Ward click here.