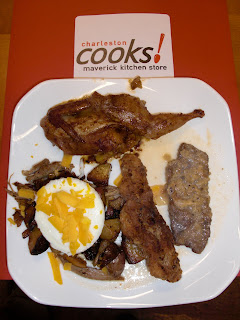 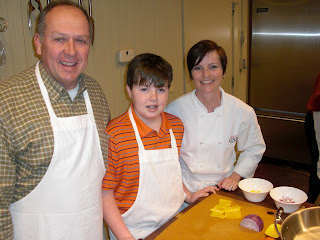 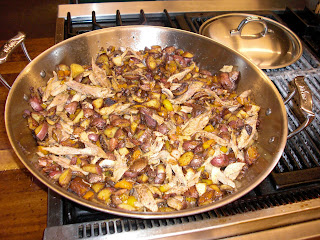 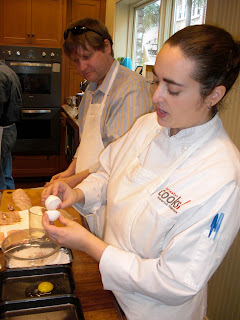 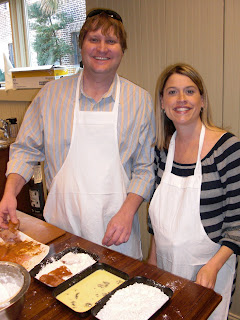 Charleston Cooks! is the kitchen store owned by the Maverick group of local restaurants, and is located on East Bay Street. They conducted three wild game cooking classes during SEWE to help outdoorsmen learn secrets on how to utilize and prepare game such as shrimp, venison, quail, duck and flounder. Chef Instructor Season Stepp taught the class of 15 participants while store manager and culinary director Danielle Wecksler lent a helping hand. Some tips that were learned included how to remove the pin bones from flounder filets without cutting off any extra flesh, how to devein and shell a shrimp in record time using a special tool, and how to tell when hash potatoes and venison medallions are done when cooking in a pan. The two-hour class saw everyone prepping food at five different stations, with the final result being a food tasting accompanied with a glass of Maverick label wine. The kitchen is set up like a classroom with seating for 30 and a complete audio visual system with a flat screen monitor serving as the 'chalkboard.' Charleston Cooks! offers a wide range of cooking classes all year long and have a staff of four chef instructors that use state of the art cooking utensils that can also be purchased in the kitchen store, www.charlestoncooks.com.

To view more blog entries from the 2010 SEWE click here.

PhotoByJeffDennis: John Rama and son William are big outdoorsmen and they stand with Danielle Wecksler; the duck hash with spicy potatoes looks oh so good in the skillet; Season Stepp demonstrates the proper way to break an egg; the game sampler included cornbread stuffed quail, pecan encrusted flounder, venison medallions and duck hash; Justin and Catherine Ray celebrated Valentine's Day at the cooking class and said "You gotta get your Cooks!"
Posted by Jeff Dennis at 7:36 PM