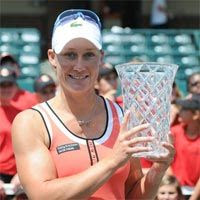 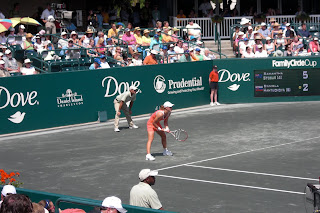 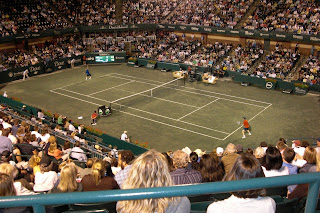 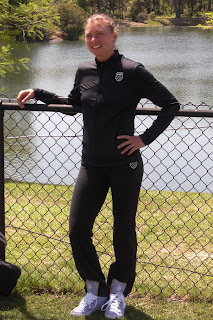 Stosur versus Zvonereva will determine the 2010 FCC Champion. A tough-looking ankle injury forced Wozniacki to withdraw in the first set of her seminfianls match against the Russian Zvonereva, while Hantuchova lost in straight sets to the Australian Stosur. Both the doubles title and the singles title will be contested today at the FCC. Visit www.familycirclecup.com for more information.
To view my blog entry from the 2010 FCC semifinals click here.
PhotoByFCC: The 2010 champion Samantha Stosur holds the crystal. Congrats!!
PhotoByJeffDennis: A great view of the stadium court during the Game, Set, Rock! exhibition match; Stosur in action during the semifinals on Saturday; Zvonereva attended this year's media day and said that she was fully recovered from the ankle injury she suffered at the 2009 FCC
Posted by Jeff Dennis at 10:00 AM