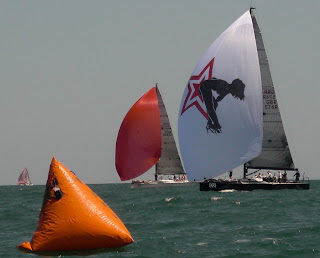 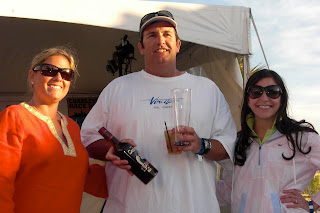 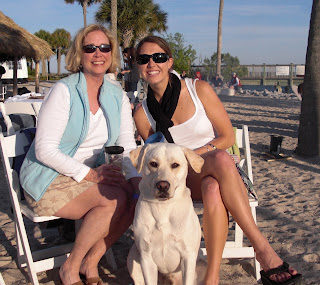 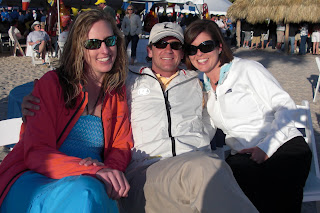 The winds lulled quite a bit overnight and Sunday's racing conditions will likely be slower than the first two days of competition that saw lines pop, sails rip and boats overturn with regularity. Those type racing conditions are what these sailors are hoping for when they travel to the Holy City for Race Week, with some traveling from as far away as Texas and New Zealand, and to say that the event has been a success would be an understatement. Will Haynie is Director of the S.C. Maritime Foundation and said, "Next year's dates are already locked in, and we expect steady growth after this year's record turnout." Lowcountryoutdoors.com hears that while some events such as the Key West Race Week may be waning a bit, the scuttlebutt on CRW is that a robust future is in focus, despite the sometimes strong tidal currents that are a hallmark of the Charleston area. While there is another event concluding in Augusta on this day, the only 'hole in one' of any concern on the beach at the Charleston Harbor Resort is associated with the daily cornhole tournament. Race results can be accessed on the web at Yacht Scoring. Sunday racing will conclude in time for a 4 p.m. beach party before the final awards at 6 p.m.

PhotosByJeffDennis: Rodney Keenan of New Zealand accepts the prize for best in class for the 52-foot VINCITORE which won all of its offshore races and is standing with Rinear from Gosling Rum and Rachel from SCMF; Big Booty's spinnaker leads Cool Breeze towards the Vineyard Vines course marker; Diana Yeager and her daughter Catie with her dog Brewin enjoy some beach time after being on the water on Saturday; Amie Huebner smiles next to Marcus Taylor and Renee Levert at the shoreside event at CRW

To view my blog from Saturday at Race Week click here.

VidoeByJeffDennis: Sunday racing just north of the jetties, off of Sullivan's Island