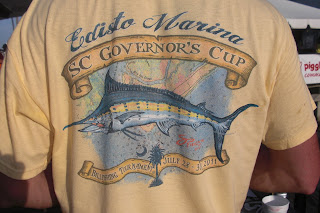 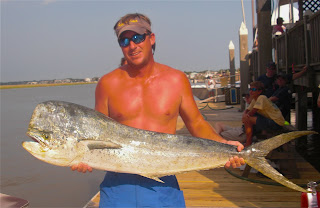 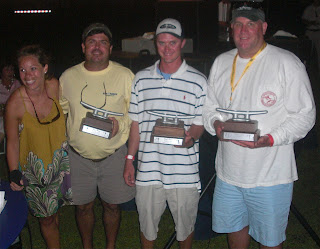 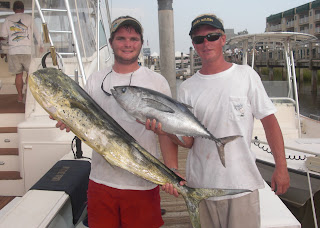 The third and final day of the Edisto Governor's Cup was not a formality, but when Legal Holiday returned as the top boat on Saturday with three sailfish releases, it meant that the Day Two lead for Reel Passion carried over to make them the winner at Edisto. Good fortune was not done shining on the Reel Passion this day though, which is a 61-foot Billy Holton owned by Bill Ingram of Charlotte. With a home port at Toler's Cove, the Reel Passion rewrote the Governor's Cup record books in 2011. Consider that they also won the year's first event at Bohicket Marina, by being the only boat to record a Grand Slam during tournament days this year. And besides winning the two tournaments that bookend the Gov. Cup Series, Reel Passion led in the overall points standings from wire to wire! Along the way they released the most billfish (22) for one boat in the series and subsequently recorded the highest points total ever with 6075 release points. Ingram asked me to salute his crew which includes Captain Gary Richardson, first mate Thomas Garmany, Ford Rivers, Mike Runey, Blair Bartelson and Jordan Marley. Congrats!!!


To view my Lines In from Edisto in Marlin magazine click here.